Two recent cases, one from NY Supreme Court in Broome County, and one from the US Court of Appeals for the Third Circuit, have allowed defamation lawsuits brought by plaintiffs who claim to have been falsely alleged to be gay. In Yonaty v Mincolla, an unreported case from Broome County Supreme Court, Judge Phillip R. Rumsey, citing Stern v Cosby, 645 F. Supp. 2d 258 (SDNY 2009) ruled that, in the absence of a definitive ruling by the Court of Appeals, New York law still regards a “false imputation of homosexuality” as being defamatory per se. That case involved a defendant who knew the plaintiff’s girlfriend and heard that the plaintiff was gay or bisexual and was “actively engaging in homosexual conduct”. Being concerned that the plaintiff’s conduct “posed a danger” to the girlfriend, the defendant met with a third woman and asked her to tell the girlfriend’s mother, who could then warn her daughter who on hearing the rumor later terminated her relationship with the plaintiff. 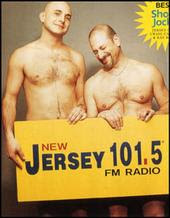 The Third Circuit case, Murphy v. Millennium Radio Group LLC, 2011 WL 2315128 (3rd Cir. 2011), dealt primarily with claims for copyright infringement and a violation of the Digital Millennium Copyright Act (“DMCA”) but also had a claim that the defendants had derogatorily and falsely inferred that the plaintiff, a heterosexual married father of three children, was a homosexual. The case arose out of the use of a photograph of two radio shock jocks that the plainitff had taken for New Jersey Monthly magazine, which named the pair as the state’s top shock jocks for a “Best of 2006” issue. For more, see the Law.com article Shock Jocks’ Homosexual Inferences Not Defamatory, Judge Rules which begins by saying “In today’s society, at least in New Jersey, homosexuality has lost its stigma, so a false statement that someone is gay isn’t slanderous, a federal judge in Trenton said Wednesday in dismissing a suit against two radio shock jocks.” The 3rd Circuit has now reversed the dismissal saying that the judge read the DCMA too narrowly and failed to allow discovery on the defamation claim. See Copyright, Defamation Suit Against N.J. 101.5 Is Reinstated on Appeal.