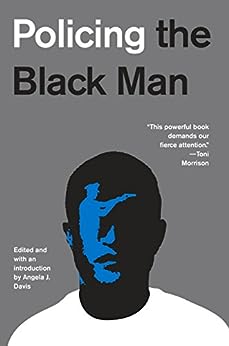 The Brooklyn Law School Library’s August New Books List (24 print titles and 12 eBook titles) has among its titles an interesting one, Policing the Black Man: Arrest, Prosecution, and Imprisonment, (Call No. HV9950 .P64 2017). Edited by Angela J. Davis, professor of law at American University’s Washington College of Law, an expert in criminal law and procedure with a specific focus on prosecutorial power and racism in the criminal justice system, it is 352 pages. The book explores the many ways the criminal justice system impacts the lives of African American boys and men at every stage of the criminal process, from arrest through sentencing.  Essays range from an explication of the historical roots of racism in the criminal justice system to an examination of modern-day police killings of unarmed black men. The contributors discuss and explain racial profiling, the power and discretion of police and prosecutors, the role of implicit bias, the racial impact of police and prosecutorial decisions, the disproportionate imprisonment of black men, the collateral consequences of mass incarceration, and the Supreme Court’s failure to provide meaningful remedies for the injustices in the criminal justice system. This book is an enlightening must-read for anyone interested in the critical issues of race and justice in America.

The collection of eleven essays is from a variety of scholars and writers. Providing useful context, the editor points out that black males have never fared well when confronted by police and prosecutors across the U.S. For a couple of centuries, in fact, black men could rarely convince white authorities of the breadth and depth of the injustices. In recent decades, new technology, including smartphones and body cameras, combined with the sounding board of social media have removed doubt about the credibility of many victims. In the introduction, Davis invokes the names of numerous dead black males, placing special emphasis on the killing of Trayvon Martin five years ago by George Zimmerman. While soliciting the essays, Davis offered an expanded definition of the word “policing,” showing how much of the foundation of policing black males rests on racial profiling by law enforcement. In her powerful essay, law professor Renée McDonald Hutchins explains what the law does and does not say about racial profiling, how police agency policies are drafted in light of the law, and how the on-the-street practices of racial profiling sometimes violate both the letter and spirit of laws and policies. While many of the essays focus on the police, Davis focuses on her specialty, prosecutors, and how their untrammeled authority is a major part of the problems within the criminal justice system. While the essays lean toward narrating the problems rather than proposing comprehensive solutions, the final essay links multigenerational poverty of black males with violence and an absurd level of incarceration. Other contributors include Bryan Stevenson. His chapter, A Presumption of Guilt: The Legacy of America’s History of Racial Injustice, tells of an experience in Atlanta when a white police officer pulled a gun on him and threatened to “blow my head off.” He says “What threatened to kill me on the streets of Atlanta when I was a young attorney wasn’t just a misguided police officer with a gun, it was the force of America’s history of racial injustice and the presumption of guilt it created.”