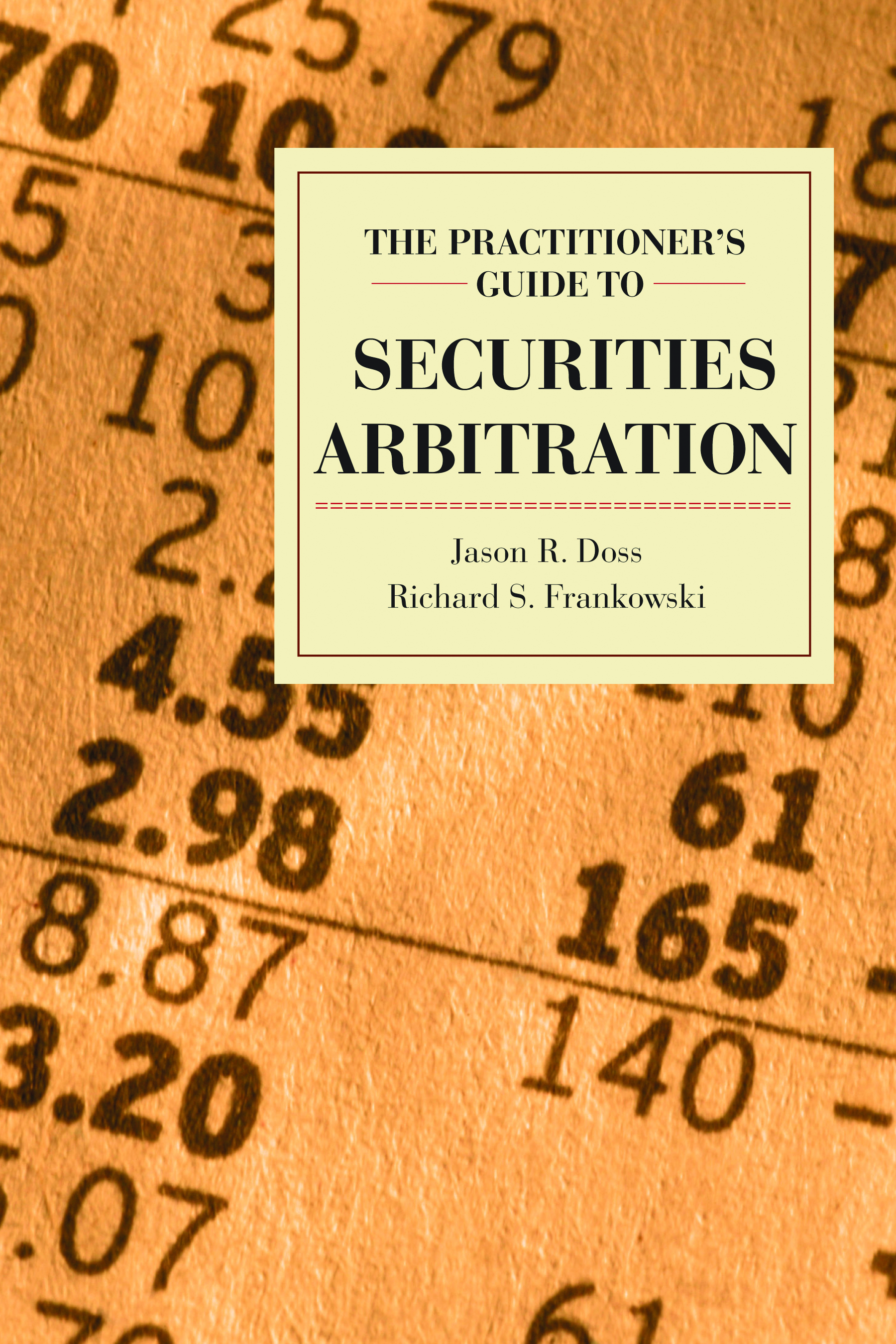 Brooklyn Law School Library has many titles on securities arbitration. The Practitioner’s Guide to Securities Arbitration by Jason R. Doss and Richard S. Frankowski (Call No. KF1070.5 .D67 2013), published by the American Bar Association, is the most recent in the collection. The book is easy to understand with the knowledge of the authors making it useful for law students and attorneys planning on practicing securities law. The book shows how customer disputes are litigated in the Financial Industry Regulatory Authority (FINRA) arbitration process. Investors who are victims of bad investment advice or financial fraud often do not understand how their money is invested or the associated risks of those investments. Surprisingly few cases are filed against the securities industry despite widespread investment abuses. The book discusses practices and procedures including defenses and gives information for mastering tactics used in FINRA arbitration. Sections include: Defining the players in a securities arbitration case; Time limitations and other deadlines; Common claims; Bringing and defending claims, arbitrators and motion practice; Discovery and hearing practice and procedures.

Arbitration of legal disputes has advantages and disadvantages. Proponents argue that it is a cheaper than litigation to resolve disputes. Arbitrators do not have big caseloads, resulting in quicker final decisions. They are selected by agreement of both parties, so that in many cases, no one party controls who the arbitrator will be. Appealing arbitration rulings is difficult, even if an arbitrator makes glaring mistakes. This finality can be a positive factor ending a dispute so the parties can move on. Arbitration eliminates time-consuming and expensive tools of litigation. Arbitration hearings do not take place in open court and transcripts are not part of the public record. This can be very valuable for parties in some cases.

Critics cite the cost factor can as a “con” as arbitration does not always reduce costs. Consumers question the fairness of arbitration over a minor issue that could be resolved in small claims court. Companies favoring arbitration are often familiar with specific arbitrators and the process in general. Arbitration hearings are not always faster than litigation. Depending on the terms in a contract, the location of the hearing may be inconvenient to the average consumer, raising costs and time off from work. Finality of arbitration rulings, even if an arbitrator has made a blatant mistake, can result in an unfair result with only a small chance that a court can correct it. With no jury, consumers see arbitration as unfair, leaving matters to an arbitrator, who plays the role of both judge and jury.

Another disadvantage is discussed in a Law360 article, FINRA Arbitration Beset with Unpaid Awards, Report Says, citing a recent report by the Public Investors Arbitration Bar Association (PAIBA) saying that nearly one third of awards won by investors in arbitration go unpaid by brokers. PAIBA is calling on FINRA to create a national recovery pool. The report strongly criticized FINRA’s lack of data on award payments, suggesting the self-regulatory organization should do more to protect investors. For the year 2013, the PIABA report said there were 75 awards issued in 2013 that went unpaid. The total awards to investors was $256,749,289, with $62.1 million of unpaid awards comprising 24.2 percent of the total. The reports asks FINRA to require firms to obtain insurance and meet more stringent capital requirements and have a recovery pool to pay investors if firms dodge payment which It said would be the “best, least expensive option” to satisfy unpaid awards for investors. The report concludes “Allowing one in three awards to go unpaid is unconscionable. FINRA’s cures: barring from the industry those who fail to pay awards, and notifying claimants that they can pursue actions in court against former FINRA members, have failed to cure, or put a meaningful dent in, the problem. Steps must therefore be taken to put forth a new division of FINRA to craft and administer a National Recovery Pool.”