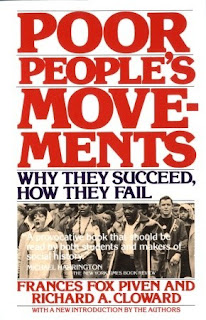 In her comments, legendary political scientist and activist Frances Fox Piven, who has been writing about poverty, welfare rights and protest movements for nearly half a century, discussed rising inequality, poverty, and the condition of the safety net. The BLS Library has a several books which Prof. Piven wrote including Poor People’s Movements: Why They Succeed, How They Fail (Call #KF4749 .P584).

Another panel member, BLS alumnus Edward De Barbieri, showed how the working poor can organize to improve their lives by helping immigrant women launch an employee-owned housecleaning business called Sí Se Puede. Within four years, its worker-owners tripled their wages to as much as $25 an hour and the company now has 37 worker-owners grossing $1.6 million. For more detail on that effort, see the Gotham Gazette article More Low-Wage Workers Become Their Own Bosses.