December 10th marks Human Rights Day 2011, an annual celebration that began in December 1950, when the General Assembly declared a resolution inviting member states to celebrate the day as they saw fit. Sponsored by the United Nations Office of the High Commissioner for Human Rights, Human Rights Day incorporates events, media, and stories about the impact of human rights around the world. The day is when we remember the creation 63 years ago of the Universal Declaration of Human Rights. Some of the rights embodied in the Declaration include the right to be free of torture, the right equal protection before the law, the right to marriage, and the right to education. This year, focuses on women’s rights and opportunities.

This year, following a year of protest in countries from Tunisia to Cairo to the Occupy movement, the theme of 2011 recognized the significance of social media and technology in assisting human rights defenders in new ways. Today, the UN High Commissioner for Human Rights hosted a global conversation on human rights through social media. Earlier this week, US Secretary of State Hillary Clinton offered Remarks in Recognition of International Human Rights Day addressing the Human Rights of LBGT persons globally. Today’s focus of the US Library of Congress 2011 Human Rights Day Celebration was Women’s Rights and Opportunities. 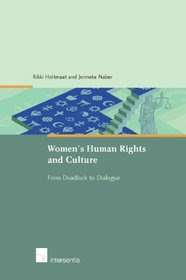 Brooklyn Law School Library has an extensive collection of material both in print and online dealing with different aspects of human rights. See, for example, Women’s Human Rights and Culture: From Deadlock to Dialogue by Rikki Holtmaat and Jonneke Naber (Call # K644 .H65 2011). The summary of this books states that “in all parts of the world, the implementation of women’s human rights is seriously being hindered by gender stereotypes, religion, custom or tradition, in short by ‘culture’. Culture is increasingly being used as an excuse to commit serious violations of these rights. It is also brought forward as the reason why governments refuse to implement them, arguing that their culture forces them to accept limited interpretations of international obligations in this area, or to reject such obligations altogether. This book provides women’s human rights advocates with dissuasive arguments and effective strategies to avoid a deadlock between on the one hand upholding the principle of universality of human rights, and on the other hand the right to preserve and express one’s culture.”