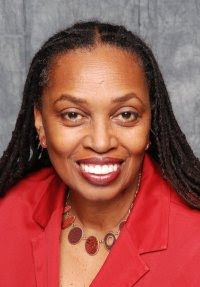 News reports feature two distinguished Brooklyn Law School graduates being appointed to prominent positions. ArtDaily.org has an article on Claudine K. Brown, Class of 1985, being named the Smithsonian Institution director of education. Brown has been director of the arts and culture program at the Nathan Cummings Foundation in New York since 1995. In her new position, Brown will be responsible for defining the Smithsonian’s education program and will develop a plan for educational initiatives, assessment strategies and funding for students in the K-12 range. She will oversee two of the Smithsonian’s educational organizations: the National Science Resources Center and the Smithsonian Center for Education and Museum Studies.

As director of the arts and culture program at the Nathan Cummings Foundation, Brown worked to strengthen community-based arts education programs and to help young people acquire new-media literacy. She worked at The Brooklyn Museum from 1977 to 1985 in several managerial positions inolving education. She also served for more than 20 years as a faculty advisor and instructor in the Leadership in Museum Education Program at Bank Street Graduate School of Education in New York City. She earned her bachelor’s degree from Pratt Institute in New York City and master’s degree in museum education from Bank Street College of Education and her law degree from Brooklyn Law School in 1985.

A report in the Brooklyn Daily Eagle says that another BLS alumnus, Kings County Civil Court Judge Noach Dear, Class of 1992, has been elevated to the Supreme Court. A NYC Councilman for the Midwood, Borough Park and Bensonhurst sections of Brooklyn for about 20 years and a former Taxi and Limousine Commissioner, Judge Dear has been appointed as “acting” Supreme Court Civil Term Judge. He will handle cases dealing with foreclosure and real estate equity issues and consumer debt cases. Elected in 2007 to an 10-year term on the Kings County Civil Court bench, he has impressed court administrators with his work in the consumer debt court. Brooklyn’s consumer debt court deals exclusively with consumer debt collection issues and is the first court of its kind in the country. See the report in Yeshiva World News. Judge Dear has surprised critics as noted in the June 2009 Village Voice article An Unlikely Rescuer from the Jaws of Debt telling of his transformation into a heroic debt court judge, dispensing justice to debt collectors and inept process servers.