A NY Times article, Ohio Sues Rating Firms for Losses in Funds, reports that the Ohio attorney general has filed suit against the three major rating agencies, Moody’s Investors Service, Standard & Poor’s and Fitch, to recoup losses on its state retirement fund. The state’s complaint is that the agencies gave inflated ratings to mortgage-backed securities to boost profits and that their bad ratings cost the state $457 million when securities it purchased lost value. This type of litigation is now part of a growing trend of challenges to the actions of credit rating agencies which have successfully defended their actions on First Amendment grounds claiming their ratings of securities were constitutionally protected opinion.

That defense may no longer work especially when the complaint against the credit rating agency sounds in fraud or negligence. Consider the October 2009 ruling in Abu Dhabi Commercial Bank and King County, Washington v. Morgan Stanley by Judge Shira Scheindlin of the Southern District of New York. That decision forced the defendants, which included rating giants S&P and Moody’s to respond to fraud charges in a class-action by investors claiming the raters hid the risks of securities linked to subprime mortgages. Judge Scheindlin’s ruling, dismissing all but one of the eleven claims against Moody’s, stated that the First Amendment does not provide a defense where the rating agency comments were distributed privately to a select group of investors and not to the general public and “if the speaker does not genuinely and reasonably believe it or if it is without basis in fact.” 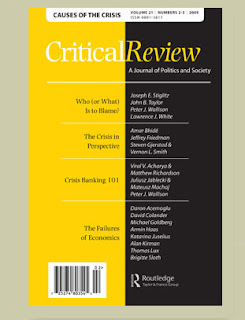 Brooklyn Law School Library’s catalog, SARA, , has reading on the topic. In addition to BLS Professor of Law David J. Reiss’ article Subprime Standardization: How Rating Agencies Allow Predatory Lending to Flourish in the Secondary Mortgage Market in 33 Fla. St. U. L. Rev. 985 (2006), there is Special Issue: Causes of the Financial Crisis (Call # HB3722 .S73 2009) with a series of articles on the financial crisis including one by Lawrence J. White titled Credit Rating Agencies and the Subprime Debacle. The abstract for that article reads:

By means of the high ratings that they awarded to subprime mortgagebacked bonds, the three major rating agencies—Moody’s, Standard & Poor’s, and Fitch—played a central role in the current financial crisis. Without these ratings, it is doubtful that subprime mortgages would have been issued in such huge amounts, since a major reason for the subprime lending boom was investor demand for high-rated bonds—much of it generated by regulations that made such bonds mandatory for large institutional investors. And it is even less likely that such bonds would have become concentrated on the balance sheets of the banks, for which they were rewarded by capital regulations that tilted toward high-rated securities. Why, then, were the agencies excessively optimistic in their ratings of subprime mortgage-backed securities? A combination of their fee structure, the complexity of the bonds that they were rating, insufficient historical data, some carelessness, and market pressures proved to be a potent brew. This combination was enabled, however, by seven decades of financial regulation that, beginning in the 1930s, had conferred the force of law upon these agencies’ judgments about the creditworthiness of bonds and that, since 1975, had protected the three agencies from competition.