On Saturday, November 14, the Brooklyn Entertainment and Sports Law Society (BESLS) held its first annual panel called Perspectives in the Sports and Entertainment Legal Professions at Brooklyn Law School’s Feil Hall. There were four panels of lawyers including a music panel “Keeping up with the Times: Adapting to Changes in the Music Industry”, a sports panel “Paths to a Career in Sports Law”, a fashion panel “The Rise of the Frugalista: The Fashion Industry’s Response to the Recession” and a television/film panel “Evolving Technology, Slowing Economy: Emerging Legal Issues in Film & TV. Among the 16 practitioners on the panels were nine alumni of Brooklyn Law School (Dona Fraser, Class of 2001, Jason Pascal, Class of 1995, Peter A. Fields, Class of 1990, Karen Lapidus, Class of 1984, Doreen Small, Class of 1984, Ira Cure, Class of 1983, Hayden M Goldblatt, Class of 2008, Michael Maizner, Class of 2003 and Steven Paul Mark, Class of 1973).

This episode of the podcast series of the BLS Library Blog features BESLS President Joshua Fox, Class of 2010, who addresses the group’s purpose, what activities the group has done in the past, plans for this year, and summarizes what occurred at the group’s first major event this past weekend. BESLS is organized to promote an increased knowledge of and greater interest in the legal fields of entertainment law. More information about BESLS is available on its TWEN page on Westlaw. 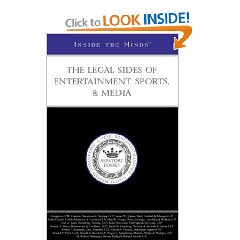